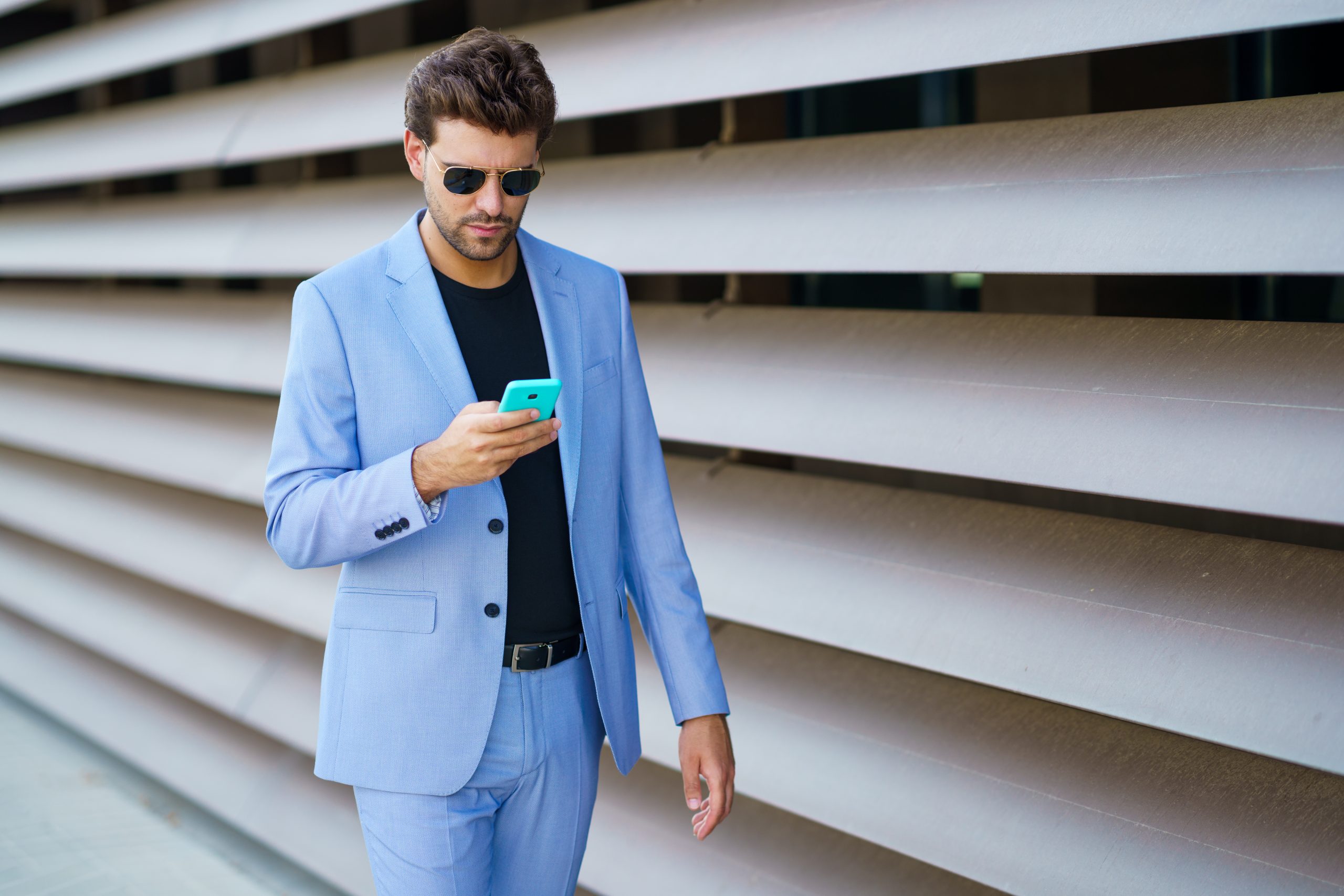 How much do you pay for your phone bill each month?

If you are like most Americans, your phone bill makes up a sizable portion of your monthly expenses. The average wireless monthly bill is around $157, including both individual and family plans, according to a 2018 study by J.D. Power, and each line costs anywhere from $40 to $70. That does not include the average cost of a wireless phone, which was $364.

Many people have spent years paying the same amount for their phone plan each month without questioning whether they could get the cost down. However, a few changes to your plan could save you dozens or even hundreds of dollars a month, and in most cases, you will not notice a difference in coverage.

It’s time to take control of your phone bill. Read on to learn why phone bills are so expensive and how you can save money on yours.

Why are phone bills so expensive?

Before you can begin taking steps to decrease your phone bill, you should understand what exactly you are paying for each month. Though your bill may break down your costs into phone minutes, text messages, data usage, and fees, your monthly payments support the cost of running a massive phone carrier.

The average phone plan in the U.S. is about $45 per month per person. In comparison, customers in Finland pay about $35 for unlimited plans, and French residents pay $28 for 2GB of data and unlimited talk and text. What makes the U.S. so expensive compared to these other countries?

Here is the answer: Running a phone company in such a widespread, populous nation is not cheap. When you pay your monthly phone bill, you contribute to the steep costs of providing service to customers from California to Washington, D.C., and all the expenses that come with this endeavor. These costs include:

Though running a phone company is expensive, you can take steps to reduce your phone bill by limiting your cost to your company.

How to save money on your phone bill

Saving money on your phone bill may be easier than you think. You can switch to a more affordable carrier and plan and use a cheaper phone without noticing much difference in service or speed in many cases.

Here are some steps you can take to save money on your phone bill.

Switch to a more affordable carrier

Phone companies have come a long way in the past decade. While some carriers used to offer far better service than others, today, most companies provide sufficient coverage to let you make calls wherever you need to.

If you currently utilize a big-brand phone carrier, you can save money by switching to a lesser-known service. Some smaller companies even use the same phone towers as major brands, so you can get similar coverage while paying $50 or even $100 less each month.

A few affordable carriers to consider are:

Research phone companies that offer strong coverage in your area and compare the prices of each to what you are paying now. Consider the company’s contract length and penalties for early cancellation. Remember that you may need to wait until your current contract ends to change to another provider without incurring a fee.

To save the most money on your phone bill, you should shop around for the cheapest plan available from your provider.

Most phone plans offer unlimited talk and text. What separates cheap plans from pricey ones is the amount of data you have access to and what other special features, like 5G coverage, insurance, or scam protection, the plan includes.

Though those features are enjoyable bonuses, they may not be worth paying an additional $50 a month if you do not use them. Instead, look at the terms of the most affordable plans available from your provider. The chances are that these plans offer all of the services you need without the extras that rack up the price.

Conserving the amount of data you use each month can dramatically decrease your phone bill by allowing you to downgrade to a cheaper plan.

Many consumers think they need to pay for unlimited data each month to avoid exceeding monthly limits. A J.D. Power report found that satisfaction was 12 points higher among customers with unlimited data plans than those with limited ones.

However, you may not need as much data as you think. Free WiFi has become increasingly available in recent years, and you probably spend most of your time at home, at work, or in a public space that allows you to connect to its WiFi.

Additionally, most smartphones let you download information to your phone to view when you cannot access the internet. Many music apps, maps, and streaming services give the option to download their content for offline use.

Taking steps to reduce your data use may show you that you do not need an unlimited plan after all. If you exceed your data limits on a limited plan, the consequences are still better than paying for an unlimited one.

Your phone provider will either charge you a small fee to add a gigabyte to your plan or prevent you from using data for the rest of the month. For example, Mint will charge you $10 for an extra 1 GB of data. Either way, you will save money by not paying for data you do not need.

Turn off background data use

Your apps may be using data without you knowing—or even having the app open. Some apps use “background data” to send you notifications or track your activity while you are away from WiFi.

To turn off background data use for individual apps on Android, follow these steps:

You may want to keep data on for apps that you use outside of WiFi frequently, such as your navigation or music streaming apps. Otherwise, you will need to turn your data on manually when you want to use these apps outside of WiFi.

Many companies offer deals that incorporate the cost of purchasing a new cell phone into your monthly bill. These deals often involve years-long contracts that have you pay anywhere from $5 to $20 a month until you pay off your phone.

For example, a phone plan from Republic Wireless costs $15 per month and doesn’t include data. If you decide to switch phones before the contract is over, you will have to pay a hefty fee along with the remaining cost of the phone.

While getting the latest iPhone for a few dollars a month may seem like a steal, you will unknowingly become indebted to the company until the contract is over.

Many phone companies also increase their monthly rates when customers accept these phone deals, so you end up paying more than the phone is worth and increase your monthly bill just to use the new phone.

We recommend that you steer clear of payment plans, as they often cost more money and time than they are worth.

Use an unlocked phone

Instead of buying a phone through a payment plan, consider purchasing an unlocked phone, which is not tied to a phone carrier and compatible with all carriers.

Most phone companies offer SIM cards to their customers for free. Even better, if you switch phones while using the same company, you can pop the SIM card out of your old phone and insert it into the new one.

Save money on your phone itself

While the cost of purchasing a new phone may not show up on your phone bill, it is still an expense that you should try to minimize.

Buying a used phone and keeping it longer will help you save money to contribute to paying your monthly bill.

One of the perks of using an unlocked phone with your service plan is that you can choose from a wide variety of cell phone options. You can shop around for a phone that suits your budget and not feel pressured to buy the latest, most up-to-date smartphone on the market.

You can find used phones in excellent condition, which will last you just as long as new versions, on trusted sites, such as eBay, Amazon, Swappa, or Gazelle. Though these phones may not have the bells and whistles of the latest models, they’ll still let you make calls and texts, surf the web, and take pictures. Better yet, they won’t break the bank.

Along with buying a phone used or at a discounted price, you should try to keep the same phone as long as you can.

To keep your phone working for longer, update your operating system, and third-party apps with every release. Buy a sturdy case, and keep your phone’s screen and ports clean. You will also prolong your phone’s lifespan if you avoid overheating its battery.

Companies like Apple and Samsung release new phones every year and persuade consumers that their old phones have become defunct. However, purchasing a new phone while your current phone works well is an unnecessary expense.

Wait until your phone breaks or stops working, and then purchase an older model phone to save the most money.

Consumerism has created a culture around cell phones that fuels your desire to have the best of the best to be satisfied. Many people embrace the mindset that if they do not pay for unlimited data, talk, and text on the newest phone model with the company that offers the best nationwide coverage, they must be doing something wrong.

However, even the cheapest plans will provide you with plenty of data and minutes to get you through the month, and used phones work just as well as new ones. Think about what features you need in your phone and carrier plan and which ones you could sacrifice to save the most money.

Changing your phone habits could save you hundreds of dollars a year on your phone bill.

David Weliver is co-founder of fullpocket and the founding editor of Money Under 30. He lives in Maine with his wife and children.