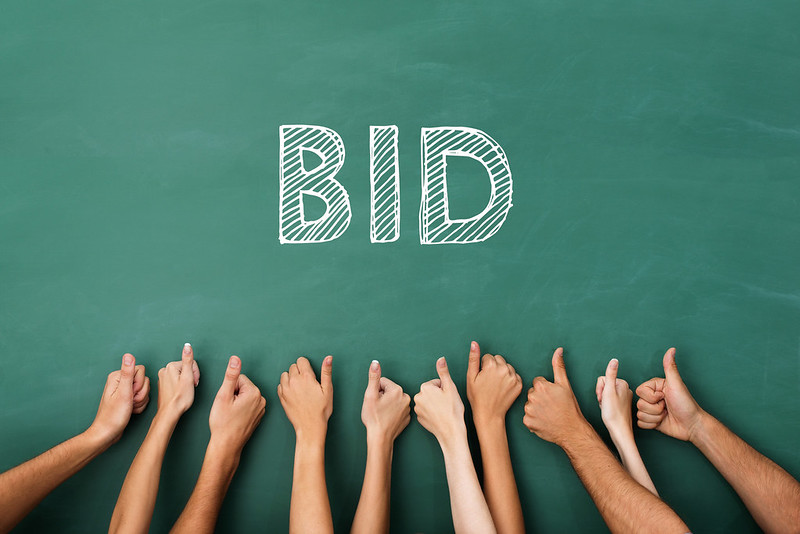 Credit bidding is a simple process that allows lenders to take possession of the assets when a buyer fails to make the full payment.

In other words, a credit bid is defined as, “An offer submitted by an administrative agent on the saying of lenders, which is based on the required lender’s instructions, to acquire the borrower’s equity interest or property in exchange for a specified or full portion determined by the administrative agent. The entire process is based on the instructions given by the required lenders to claim the asset under an agreement and loan documents.”

Nowadays, credit bids have become quite common in different industries. From private equity firms to hedge funds and distressed investors, all are using the strategy “loan-to-own” to buy the collateral at less value and then use their position to own the property through an insolvency process. The entire process can either take place in court or the lender can follow the state laws and make a legal sale in the form of an auction.

At the most basic level, according to the Bankruptcy Code of Section 363(k), a secured creditor can use the debt’s full amount in an auction sale and let investors buy the collateral, thereby securing the debt they were owed. For example, a creditor is owed $1 million. The amount is secured by a perfected and valid lien on collateral offered for sale, and the secured creditor can bid the exact amount for purchase.

Section 363(k) Bankruptcy Code was adopted by Congress to protect the interests of secured creditors so a bankruptcy sale could be avoided and collateral saved by freeing it of its lien. The price received by the secured creditor would be enough to cover any major loss. In such a scenario, the creditor has two options – they could either bid on the debt and drive up the amount or bid on the collateral and win it. In the latter case, the creditor would get back the collateral by giving the debt amount equal to the bid won.

Things to consider before a credit bid

To carry out the credit bid, the creditor needs to find a bidding vehicle, someone who will purchase the collateral. The lender can either choose to hold the assets or get the full amount by allowing other investors to buy the title. In a bid where there are multiple creditors and the collateral is co-owned, the obligations and respective rights of each shareholder are taken under consideration; then, legal action is taken based on mutual consensus.

Before the credit bid proposal can be made, an officeholder working for the seller needs to ensure the bidder has a right over the assets. This ensures the bid goes smoothly, and the investor does not become a part of any criminal activity when the asset is evaluated.

A critical issue faced by the officeholders is the valuation and how they can make the transaction as smooth as possible so that the creditors get the best results. It is common for an AMA process, also known as an accelerated sales process, to run for independent valuations simultaneously.

Who Is Allowed to Credit Bid

Unsecured claims do not fall under Section 363(k) Bankruptcy Code. A claim secured by a perfected lien is allowed to be credit bid by the creditor. If the secured claim is undisputed, it can be bid on under Section 502. A claim is legal if it has been filed and there are no objections to it. If a dispute occurs on the claim’s validity, the court cancels the sale.

Since a bankruptcy sale is usually expedited, the number of people who can purchase the assets is limited. Credit bidding is an efficient way of making the bidder pool larger, encouraging the lenders to take immediate action. It also offers secured creditors a defensive mechanism, which they can use against the process that might cause the collateral to be sold at a low cost.

Lastly, credit bidding helps reduce the cost that allows the lender to use their claim for the sale, which gets them the cash easily. This way, the lender avoids the expense and time of conducting a search and obtaining finance to purchase the collateral.

These are the benefits of credit bidding. When you move on to its drawbacks, there’s a possibility that bidders who pay the price in cash don’t take part in the sale because the creditor is also bidding. This chills the credit bidding and drives down the likelihood of creditor recovery. Moreover, a lender can only make claims that are rightfully his according to the law. The creditor can be subjected to aggressive challenges and in such circumstances, the purchaser might decide to keep the asset or estate to himself.

What assets come under credit bid

The biggest rule of credit bidding is that it can only be applied to secured collateral. This rule raises the question of what happens when a lender wants to credit bid on multiple collaterals that consist of both secured properties and other properties.

The latter in this case, for example, includes property restricted by senior liens like government licenses. In this case, the credit bidder can allocate value between the assets not subject to liens and their collateral. This way, they will be able to provide a separate consideration along with the credit bid.

A credit bid can be structured in various ways, but the process depends on the particulars of the case and is influenced by several factors that include tax implications. Following are three potential structures you can follow easily:

The secured creditor opts for a loan instrument put in a fund by a third party. The amount in question is enough to cover the secured assets’ purchase price. The third party uses the fund to pay the seller and the officeholder. Then, distribution is made from the side of the seller and back to the lender. This structure is useful as it allows the secured creditor to leave a small part of the debt with the seller so it can capture a secure position with any future receipts.

Another way to secure the collateral is for the lender to assume debt liability on behalf of the seller and consider the assets for purchase. This option is great for the creditor as it would help them avoid the hassle of hardening their security.

For unlisted companies, the creditor could do a swap: debt for equity. This is done based on a write-off of the secured debt for the assets. A similar approach works well for listed companies too but a few additional considerations depend on the state’s law.

A secured creditor with first-priority liens who keeps his debtors at arm’s length won’t compromise by giving up the opportunity to credit bid. Now, if the creditor loses because of litigation, he has the right to bid cash in the auction, while knowing that the cash will circle back to him.

Keep in mind, the lender is not prohibited from participating in the sale. He can bid in cash on the property. However, if there are any kinds of factual uncertainties that question the validity of the claim made by the lender then the creditor can limit the credit bid in good faith and reserve a portion of the sale for distribution.