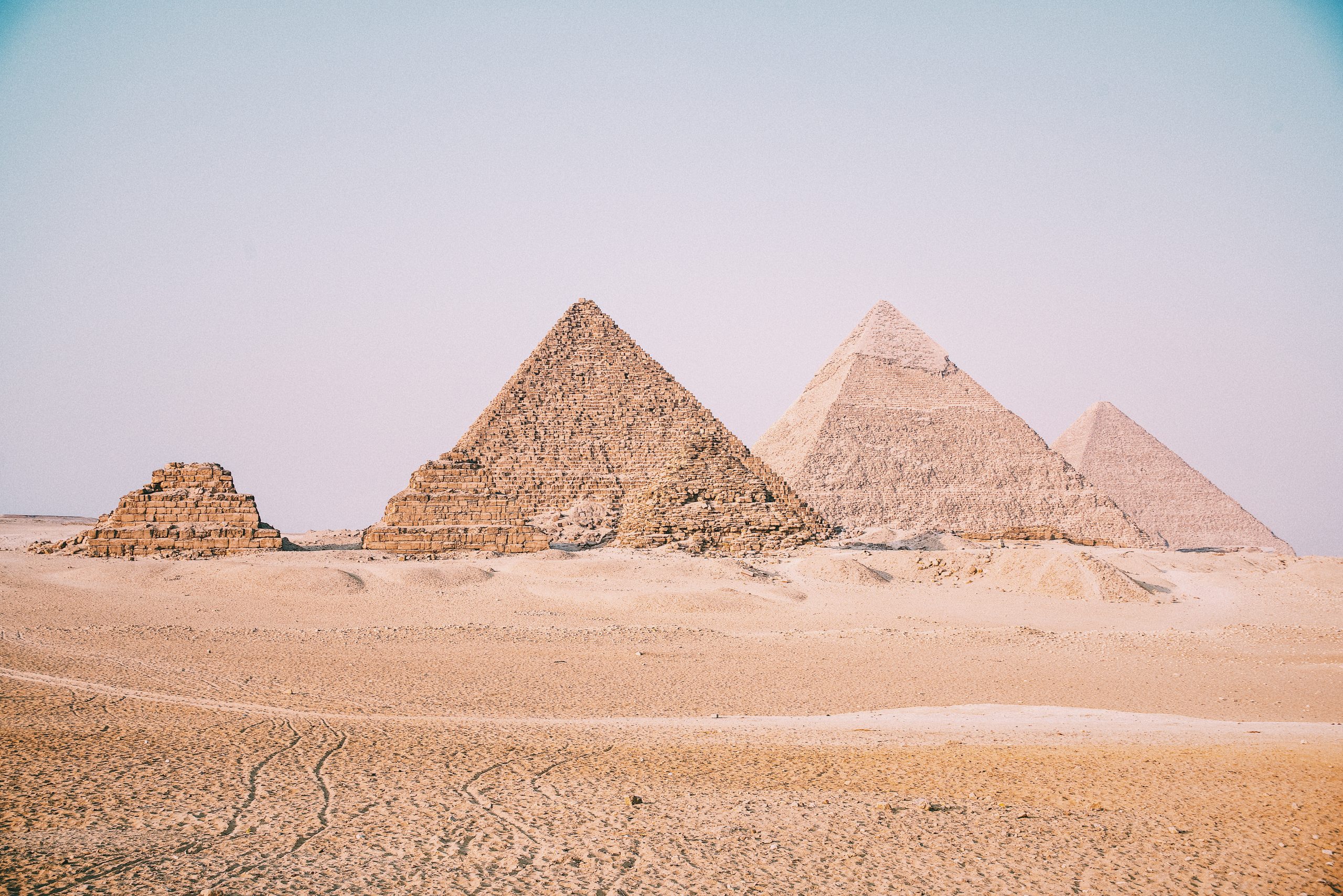 Egypt may just be an exotic travel destination to most; but to investors, this piece of land holds far greater value. Over the last few years, Egypt has managed to garner attention from local and foreign investors. With a huge domestic market and flattering incentives, it has turned itself into a hub of investment.

As per United Nations Conference on Trade & Development’s (UNCTAD) 2019 Global Investment Trends Monitor Report, Egypt was the largest FDI (Foreign Direct Investment) recipient in Africa. This further proves how far the country has come, thanks to its economic reforms. Moreover, through the successful implementation of economic reforms across the country, Egypt has also managed to improve its macroeconomic stability and regained confidence from several investors. Here are some more reasons to invest in Egypt.

Surprisingly enough, Egypt has emerged as a country with one of the best road qualities in the world, ranking 28th across the world, which is a significant improvement from what it was five years ago. Additionally, it also has a wealth of energy sources in the form of nuclear, wind, hydro, gas, and solar power.

It also has a huge solar park called Benban, which not only covers a vast area of land but can also be seen from space. Moreover, the country has set a 60% renewable energy target to reach by 2035, and it’s already working to ensure the production of electric vehicles at a local level. With so many reforms within the country, there’s no reason to avoid investing in an economy thriving as fast as Egypt.

It offers a mature environment to invest

Just like any growing economy, Egypt also has several bodies to ensure the investment process is smooth. With over 32 insurance companies, almost the same number of commercial banks, reliable government bodies, and several chambers of commerce, it’s a hub of opportunities for those looking to invest. Moreover, the country is home to over 138 embassies, which is much higher than Saudi Arabia and UAE.

The growing population and ever-growing talent

As of 2018, Egypt had more than 500,000 graduates with around 8000 doctors, which is a higher number compared to what Germany had. The education sector is also particularly focused on exposing students to subjects in demand, such as health tech, IoT, artificial intelligence, FinTech, and robotics.

Fortunately, English is one of the widely spoken languages in the country, making it a hub for call centers and other international facilities. When it comes to healthcare, Egypt had far more hospitals than France as of 2018, and the numbers have only improved ever since.

The reason Egypt is known as the land of cheap labor is that it comes in the category of countries with the lowest cost of living. The healthcare law is also based on some of the best practices from the US, French and British systems.

Egypt’s geographical location has always given it unmatched benefits when it comes to transportation, business, and the overall environment. It has had numerous opportunities to do trade throughout history, thanks to the proximity it enjoys with European markets.

Moreover, it has also been a Middle Eastern regional hub and a significant entry point to Africa. To add more, it’s home to one of the most crucial waterways in the world, the Suez Canal. This artificial waterway connects the Red Sea to the Mediterranean Sea, providing a pathway for trading activity and also dividing Asia and Africa.

If this wasn’t enough, around 8% of the world’s shipping passes through this canal, further adding to its regional importance. Furthermore, Egypt is also deemed safe from natural disasters such as volcanoes, hurricanes, tsunamis, and cyclones due to its geographical location.

For decades now, Egypt has provided the world with some of the most trained and skilled individuals. However, with increasing opportunities at home, more and more skilled people choose to stay in the country and add to its economic growth.

There are also programs dedicated to training individuals to take up manufacturing jobs. With an ever-growing number of graduates in Egypt every year, more and more people are getting out with valuable skills to contribute to the country’s infrastructure and economy.

The Egyptian government has taken many steps to ensure greater political stability in the region over the last decade. As of now, Egypt is a thriving republic that protects every individual’s sovereignty and ensures country-wide security for all those who live in it.

With a republican system of presidency, Egypt ensures that national unity is the first and foremost priority. Hence, the improving political stability across the country has allowed even more investors to take a leap and invest in the region.

One of the most important determinants of the country’s economy is the tourism sector,which has witnessed a growing influx of tourists. Recent growth in tourism has made it an even more desirable spot to consider for business activity. Today it’s known as one of the most diverse and vibrant spots globally, with a rich heritage and an even richer history.

Whether it’s cultural or religious tourism, Egypt is enjoyed by thousands of tourists from all corners of the world. Other sectors of tourism have also seen a significant rise over the years, such as medical and health tourism, residential tourism, therapeutic tourism, eco-tourism, desert safaris, and much more. Since there are several five-star spots to cater to tourists already, investors can look into the three and four-star segments.

In the Middle East, Egypt has the largest market and population, which shows the growing need for residential spaces and commercial property. Due to the high growth rate, especially in population, more and more people are demanding middle-income housing, and construction is something that the private sector can play a major role in. While thousands of companies are operating inland, foreign investment will open bigger and wider doors for the construction sector.

Moreover, due to the restricted lending and mortgage practices, Egypt wasn’t entirely open to the foreign property market, but now things seem to be changing. Today, the prices are much more stable than they were even a few years ago, but on the downside, demand is still exceeding supply.

Egypt is considered a region with the highest potential IT markets in the Middle East. It’s also getting attention from distributors and vendors from across the globe. Additionally, leading companies such as Oracle, Intel, and Vodafone have established their call centers and divisions serving people all over the world.

Egyptians are also among the highest number of internet users globally, which further implies the need for better services. Hence, mobile networks and internet services constantly compete to provide the masses with the best network and 3G and 4G facilities. The major urban centers in the country have a wide range of coverage from wireless broadbands, deeming it fully equipped to stand next to technologically advanced nations.

Thanks to Egypt’s youthful and large population, the country has seen flourishing retail sales over the last few decades. The growth of the middle class has further boosted retail sales, giving the country a chance to accept better and more modern retail practices.

The origins of the automotive industry go back to the early 1950s when Ford Motors established its factory in Alexandria. During this time, the country was transitioning from an agricultural to an industrial economy. Today, due to the large population, consumer demand for manufactured goods has increased, giving several conglomerates a chance to expand their branches to the country.

After Morocco and South Africa, Egypt had the largest car production market in Africa in 2013. Therefore, the core areas of investment in the automotive industry are commercial vehicles, motorcycles, trucks, buses, passenger cars, and local parts supply.

There are several factors making Egypt an irresistible destination for investment. From IT and real estate to education and skilled labor, modern-day Egypt has it all. Moreover, the geographical positioning of the country makes it a hub for trade, tourism, and much more. Whether it’s the demand for low-income housing or textile, Egypt is far ahead of several countries in Africa and the rest of the world.

Therefore, Egypt’s growing popularity in the business sector across the world is proof of how far the country has come. Fortunately, modern-day Egypt is more than the historical monuments, pyramids, temples, and tombs that it hosts. It’s a pot of diversity that caters to tourism and business from every corner of the world.

This is why; investing in Egypt today is more favorable than ever. Not only will it bring investors high returns, but it will also bring the world a whole of opportunities to explore and Egyptians a chance at better exposure to the rest of the world.